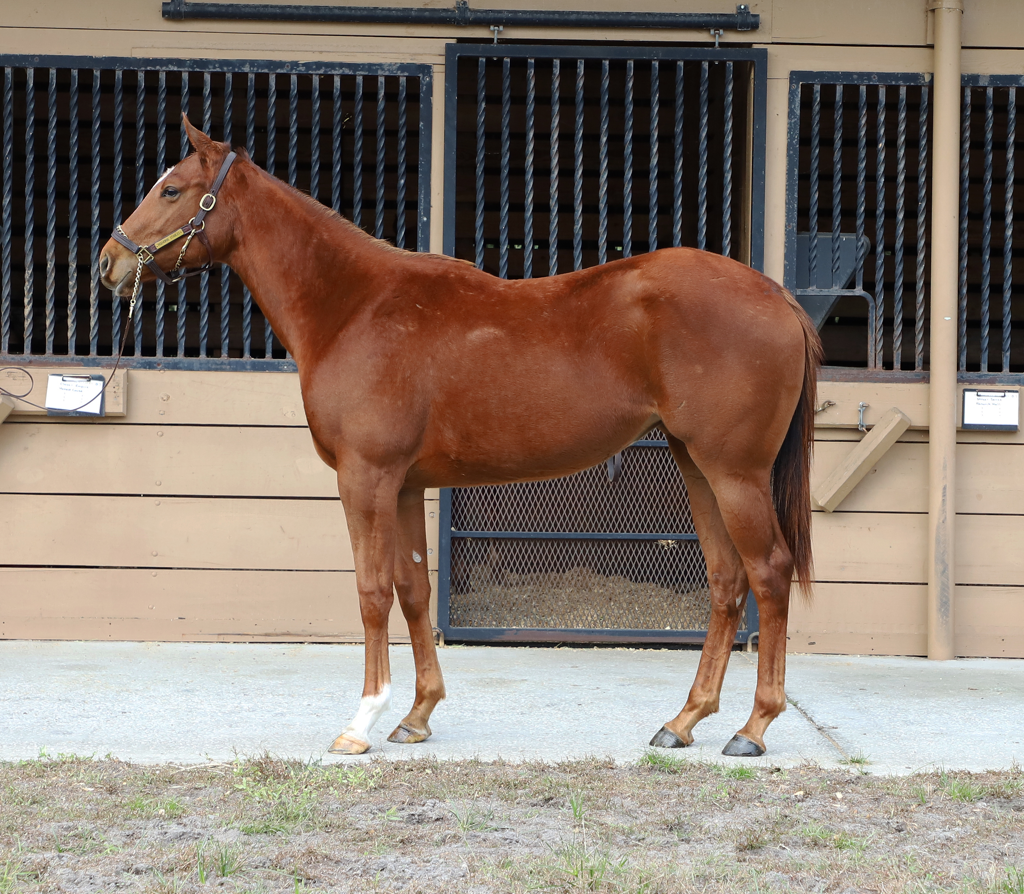 ​The two most important physical factors we look at in prospective horses are their shoulder and hip. The first time we studied Chasing Daylight’s hip and shoulder we said, “wow she is a beast.” Chasing Daylight is perfectly balanced not only in her angles but also in her muscling. She fits together so nicely. She has great shoulder angle with a deep girth, nicely positioned withers, long neck and strong top line. Chasing Daylight has a beautifully shaped hip that looks like a very efficient motor behind. The way her hip ties into her gaskins, hocks, cannon and pastern is perfect. She has a good soundness impression with well made feet and good bone.

Chasing Daylight is by the Malibu Moon sire Mr. Z who stands at the famed Calumet Farm. Mr. Z was a $1.1 million earner breaking his maiden early in June of his 2YO year going 6 furlongs at Churchill Downs. At two, Mr. Z was second four times in graded in company in the Sanford Stakes, Saratoga Special, Claiborne Breeder’s Futurity and Delta Downs Jackpot. In the Grade 1 Los Alamitos Futurity, Mr. Z finished third by a head to Dortmund and Firing Line. He earned a spot in the 2015 Kentucky Derby by finishing third by less than a length in the Southwest Stakes and third in the Arkansas Derby to American Pharoahbefore winning the $500k Ohio Derby. Mr. Z is by Malibu Moon and the Malibu Moon sire line has always thrown nice race fillies, which was another attractive component of Chasing Daylight.

Chasing Daylight is out of the unraced Mr. Greeley mare, Vision in Red. Vision in Red is out of the Grade 3 winning Royal Academy mare Miss Gazon. Mr. Greeley and Royal Academy our two of our favorite broodmare sire influences which was a very enticing part of the pedigree. Vision in Red has already produced stakes placed and $74k earner, Dalliance, a NY Bred who won an open MSW going 5 furlongs in June of his 2YO career at Presque Isle Downs. Dalliance ran nine times as a 2YO highlighted by a third place finish in the $60k Tyro Stakes at Monmouth Park. The 2YO out of Vision in Red has not raced yet but is breezing at Belmont Park.

​Chasing Daylight fits very well with the other 2020 yearlings in the barn and has already received equally high marks from everyone who has had the good fortune of spending time with her so far. 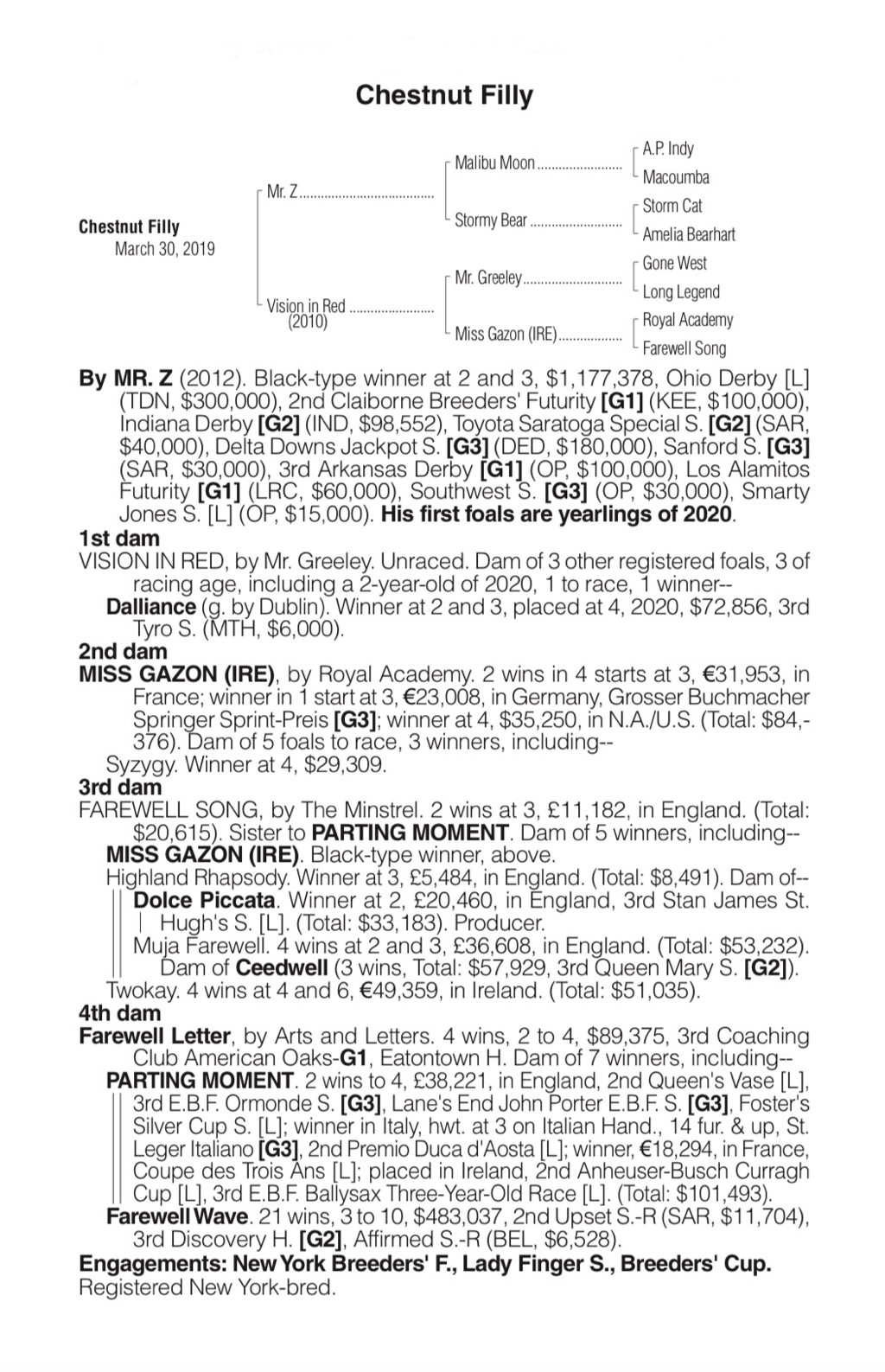 Hoodie to keep you warm while "Chasing Daylight" this Winter!
​