SOLD OUT
Thank you for your interest 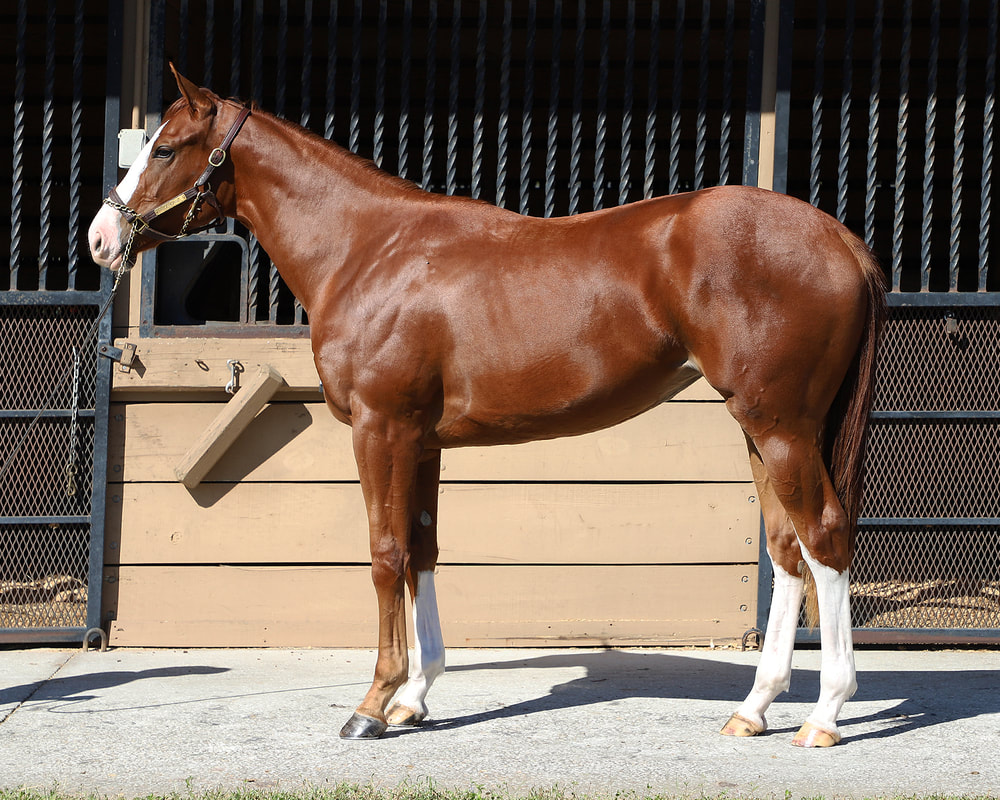 ​Pass the Pasta has a beautiful and balanced frame. She has a great shoulder angle, deep girth and strong topline. Freud throws a lot of versatility in his progeny and Pass the Pasta looks like she could doanything. She looks fast and strong enough to be a turf or dirt sprinter and also scopey enough to go a route of ground. In terms of the current Final Furlong Racing roster, Pass the Pasta reminds us most of the 2YO stakes placed Weekend Rags. We have seen Pass the Pasta train early on the farm and she looks to have good foot grace and a nice way of moving.

Pass the Pasta is out of the Union Rags mare, Kathy’s Chance, who was a $140k 2YO purchase. Kathy’s Chance is represented by the $150k 2YO, Three Girls, who finished second in a MSW at Aqueduct in October and is working steadily towards her next start. We are familiar with the family as we campaigned the three-year-old winner, Eight Oaks, from this deep female family and were underbidders on Dancing Firefly, the first foal out of Kathy’s Chance in 2018. Kathy’s Chance is out of the multiple stakes winner, South Bay Cove, and a half sister to the multiple graded stakes winner and Grade 1 placed Free Judgment, who has won close to a million dollars in his career.

Pass the Pasta hails from the very active and deep female family of champion Canadian filly, Fantasy Lake. Hello Maggie May, a multiple stakes winning mare out of Fantasy Lake is still producing. Her 2YO foal, Late September, is already a multiple stakes winning juvenile.
​
Pass the Pasta will complete her initial training at Rice Horse Farm in Ocala, FL before joining Jorge Abreu’s training program in the spring of 2023. 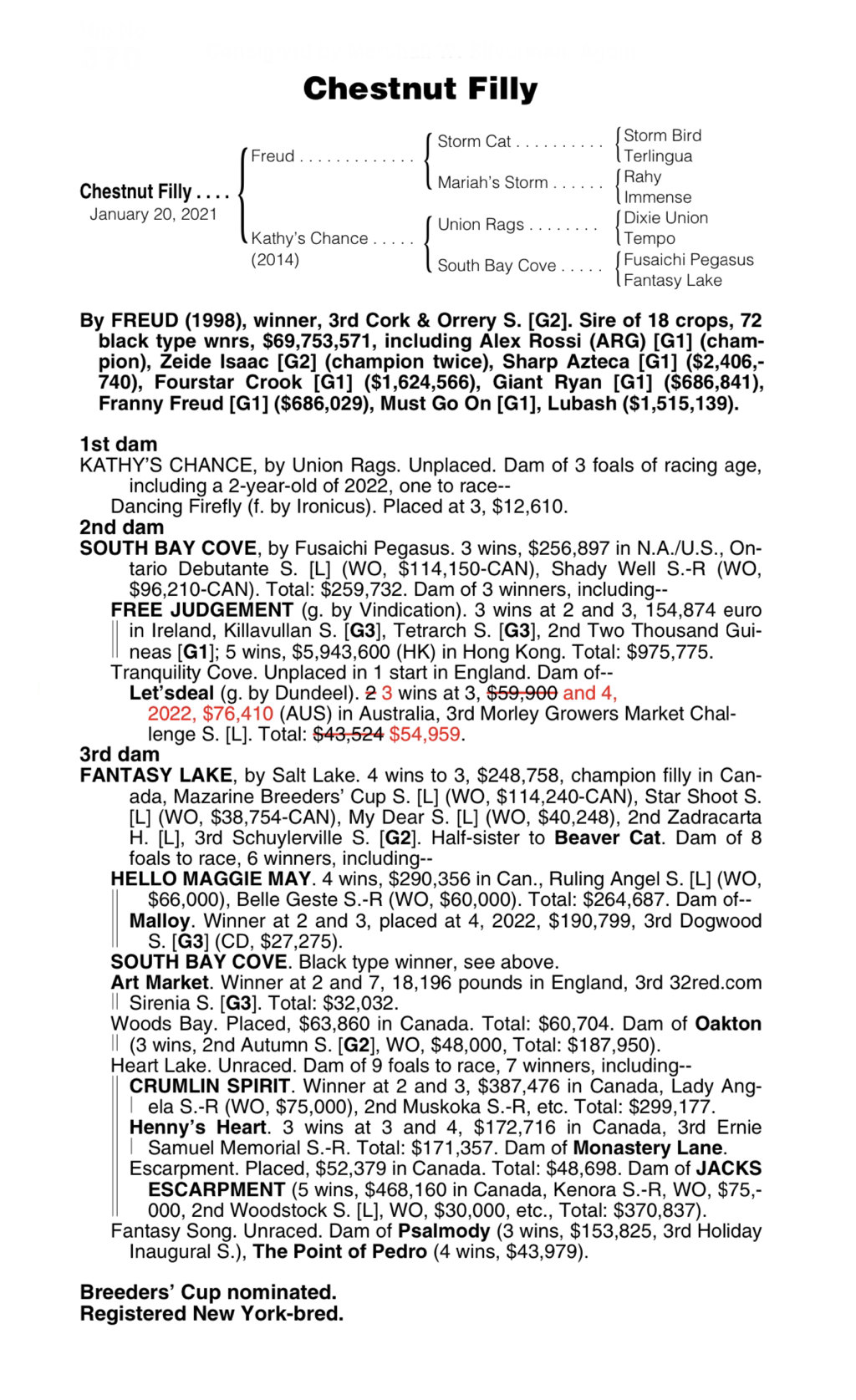