EIGHT OAKS IS SOLD OUT
LIMITED AVAILABILITY ON BANKERS ISLAND 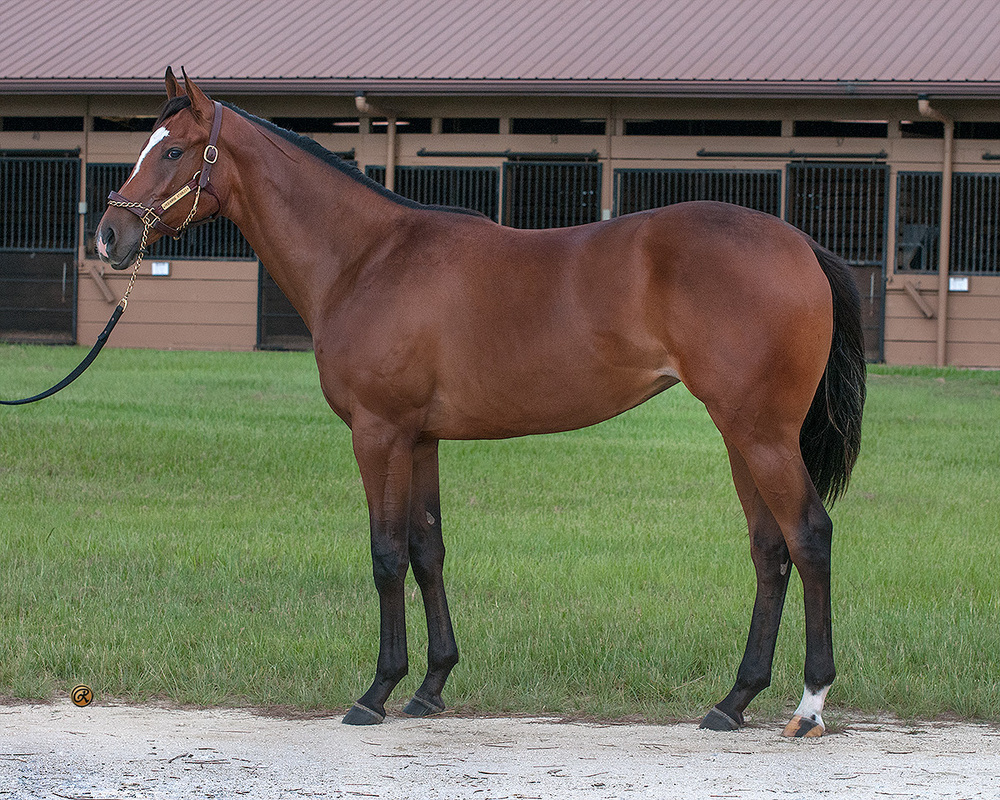 We purchased Eight Oaks at the Saratoga Fasig Tipton sale in August. This filly scored very high on our list due to her strong top line, long efficient walk and perfect balance. This typey filly is very athletic and has the look to be able to be an early sprinter that will be able to stretch out to longer distances as she matures. Being a late April foal, this filly already has a lot of muscle and bone. She is perfectly straight up front and has a great walk on her. She has a wide throat and clean looking joints all around giving a good soundness impression.
Eight Oak’s sire, Mission Impazible, is off to an impressive start at stud being a regional NY stallion. Mission Impazible is ranked third in the First Crop Sire List and already has a stakes winner in Silver Mission and two stakes placed juveniles in Ethan Hunt and Paz the Bourbon. As a race horse, Mission Impazible was precocious enough to win as a 2YO going 4.5 furlongs in April but effectively stretched out to classic distances to win the Grade 2 Louisiana Derby and New Orleans Handicap winning $1.3 million over a 21 race career.
Eight Oak’s dam, Blindsidehit, won three races with earnings of $95k over a 22 race career. She broke her maiden as a 2YO at Woodbine in a MSW going a mile and a sixteenth. Eight Oaks is the second foal out of Blindsidehit. Her first foal, Fantastic Lady, was a $45k 2YO purchase and is up to breezing five furlongs in anticipation of her juvenile debut. The second family has been very productive with seven winners under the second dam including:The breeder Of Eight Oaks liked her so much he has decided to retain a one-third interest in the filly to take part in her racing career. A trainer for this filly will be announced early next year but she will run on the NYRA circuit.