BANKERS ISLAND IS SOLD OUT 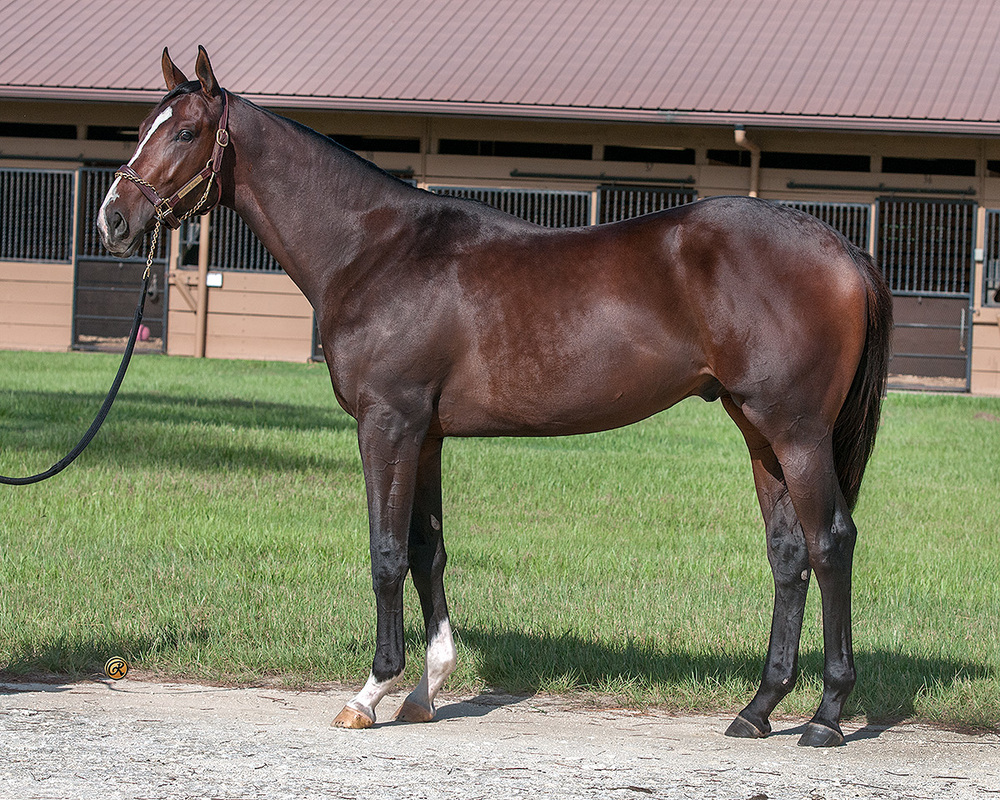 Bankers Island o/o Stand on Top by Peaks and Valleys (2/19/15)
We purchased B.I. at the Saratoga Preferred New York Bred Sale. He is the biggest yearling we have ever purchased standing at 16 hands. B.I. has lots of leg and corresponding strength through his forearms and gaskins. We loved his solid shoulder, shoulder angle and how he ties in through the neck and withers.
Not only does he have a long and leggy frame, he is also very robust and wide through his chest and hip. He carries a lot of strength horizontally as well as vertically. There is a good bone structure in place to carry his large frame. He is very clean through the knees and ankles and gives a very good soundness impression at a walk.
Bankers Island is at Rice Horse Stables in Ocala going through the breaking process. He was raised in Ocala as a weanling and yearling so he has been well taken care of and is definitely ahead of most of his NY Bred crop.
Campaigned by Dale Romans, Shackleford was a six time winner of $3.1 million. Shackleford’s record of achievement in Grade 1 competition was very impressive. Shackleford finished second by a head in the Grade 1 Florida Derby to Dialed In. After a fourth place finish in the Kentucky Derby, Shackleford won the Preakness Stakes. As a 3YO, Shackleford ran second in the Breeder’s Cup Dirt Mile and came back to win the Metropolitan and Clark Handicap’s as a 4YO before retiring to stud. Despite Shackleford’s size and disposition to sire distance runners, his progeny have come out running as 2YO’s. Shackleford is ranked 9th on the Freshman Sire List. Wellabled was an impressive 8 length winner against MSW foes at Arlington and came back to finish second in the Skidmore Stakes at Saratoga. Oxblood was another large gangly colt that showed precociousness winning a 4.5F MSW event at Woodbine in May. Little Nappy, a NY Bred, was an open MSW winner in May down at Gulfstream. It seems the Shackleford’s have some speed and heart but will most likely improve as they mature and race distances lengthen.
Bankers Island dam, Stand on Top, was a 2YO debut winner at Saratoga going six furlongs. She followed that effort up with a third place finish in the Grade 3 Sorority Stakes a month later. Stand on Top notched her second win in a NY Bred Allowance race as a 3YO in Saratoga. Stand on Top has had four foals to race all of which have been winners:This colt’s second family is littered with quality NY stakes winners including Liver Stand, winner of the Evan Shipman Stakes, Endsaseeket, winner of the Mike Lee Handicap, and Weathered, 11 time winner of $575k.


Origin of the Name: We spent a lot of time researching a name Shackleford was named after the Shackleford Banks which is a series of barrier islands that make up the Outer Banks of North Carolina. These barrier islands are inhabited by the wild Banker Horse. How the Banker arrived on these islands is a mystery but it has been verified they are descendants from Spanish Mustangs. It is believed the Bankers survived a shipwreck aboard Spanish warships in the 16th century and swam to the outer banks. The genesis of the name Banker’s Island traces from the history and geography of the Banker Horse.
A trainer will be announced once he start’s training on the farm. 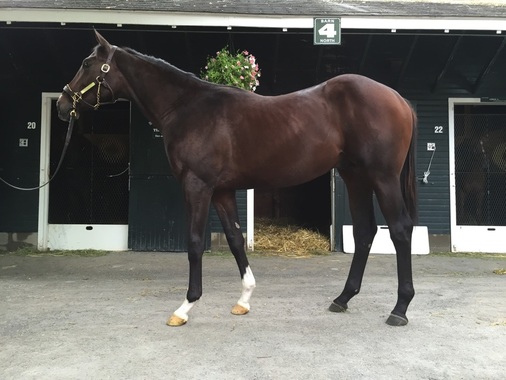